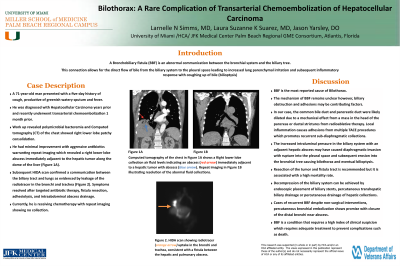 Introduction: A Bronchobiliary fistula (BBF) is an abnormal communication between the bronchial system and the biliary tree. When this occurs, the direct flow of bile from the biliary system to the pleural space can lead to increased lung parenchymal irritation and subsequent inflammatory response with coughing up of bile, also known as bilioptysis.

Methods: A 71-year-old man presented with a five-day history of coughing up greenish watery fluid.  He was diagnosed with Hepatocellular Carcinoma years prior and underwent transarterial chemoembolization a month prior. Work up revealed polymicrobial bacteremia and computed tomography (CT) of the chest revealed right lower lobe patchy consolidations. He had minimal improvement with aggressive antibiotics thus repeat CT was done which revealed a right lower lobe abscess immediately adjacent to the hepatic tumor along the liver (Figure 1). Subsequent hepatobiliary iminodiacetic acid scan then confirmed a communication between the biliary tract and lungs as evidenced by leakage of the radiotracer in the bronchi and trachea (Figure 2). Symptoms resolved after targeted antibiotic therapy, fistula resection, adhesiolysis, and intraabdominal abscess drainage. Repeat Imaging showed resolution of bilothorax (Figure 3).

Discussion: Bronchobiliary fistula is the most reported cause of Bilothorax. The mechanism of BBF remains unclear however, biliary obstruction and adhesions may be contributing factors.  In our case, the common bile duct and pancreatic duct were likely dilated due to a mechanical effect from a mass in the head of the pancreas or ductal strictures from radioablative therapy. Local inflammation causes adhesions from multiple TACE procedures which promotes recurrent sub-diaphragmatic collections. The increased intraluminal pressure in the biliary system with an adjacent hepatic abscess may have caused diaphragmatic invasion with rupture into the pleural space and subsequent erosion into the bronchial tree causing bilothorax and eventual bilioptysis. Resection of the tumor and fistula tract is recommended but it is associated with a high mortality rate. Decompression of the biliary system can be achieved by endoscopic placement of biliary stents, percutaneous transhepatic biliary drainage or percutaneous drainage of hepatic collections. In cases of recurrent BBF despite non-surgical interventions, percutaneous bronchial embolization shows promise with closure of the distal bronchi near abscess. 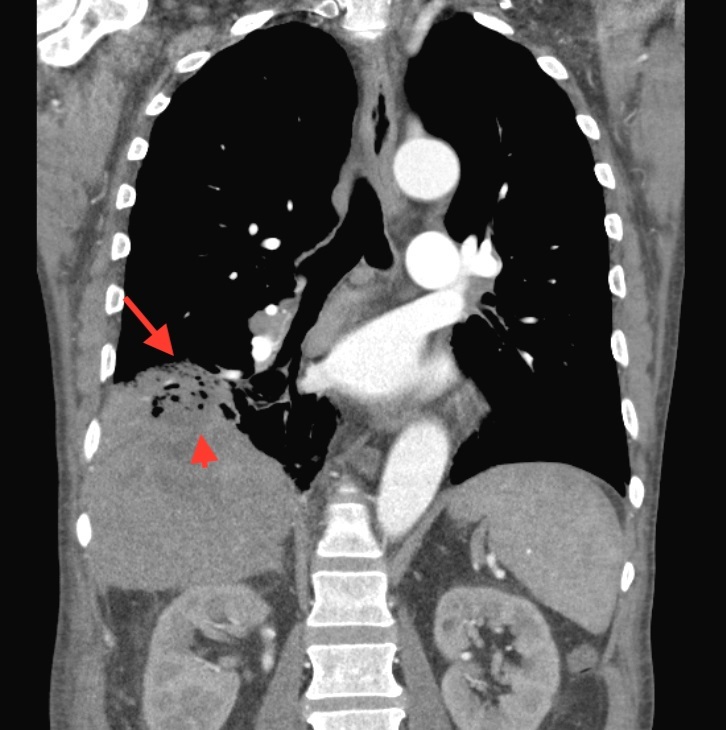 Figure 1. Computed tomography of the chest: Right lower lobe pneumonia with air fluid levels indicating an abscess (arrow) immediately adjacent to a hepatic tumor with abscess (arrowhead) along the dome of the liver. 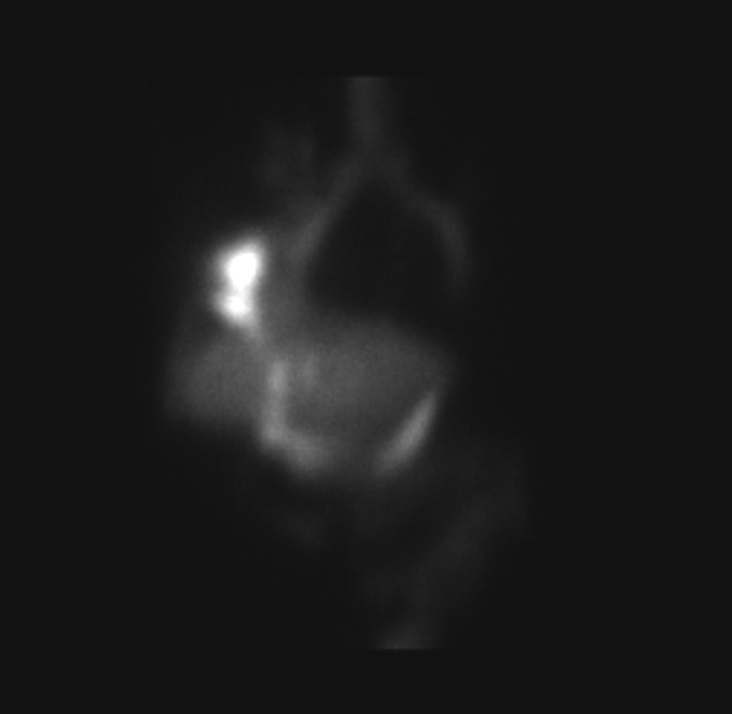 Figure 2. Hepatobiliary iminodiacetic acid scan showing radiotracer uptake in the bronchi and trachea. This is consistent with a fistula between the hepatic and pulmonary abscess. 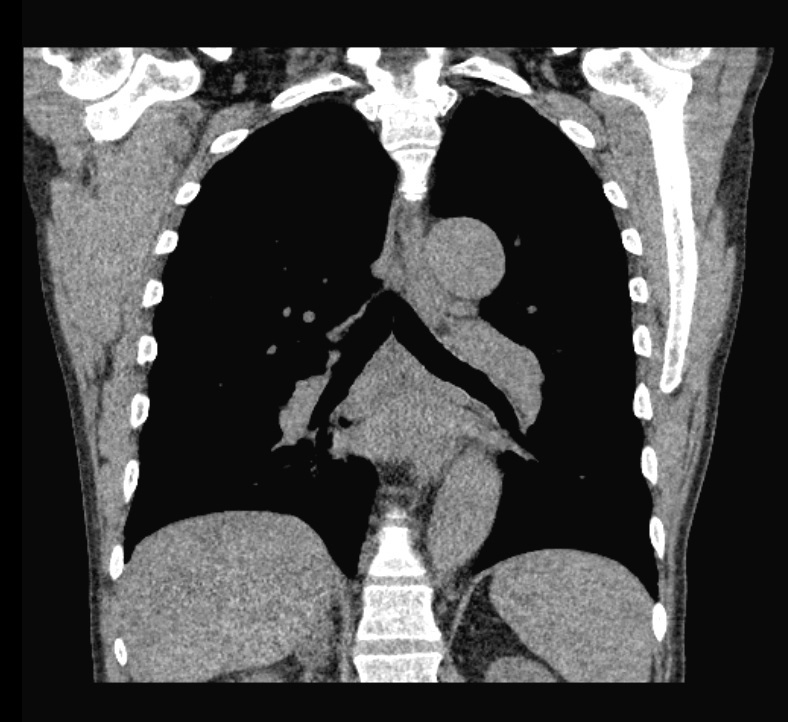