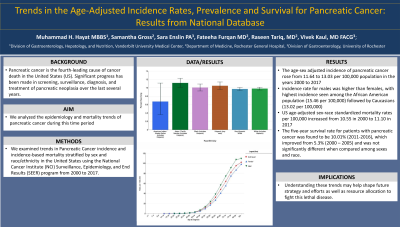 Introduction: Pancreatic cancer is the fourth-leading cause of cancer death in the United States (US).  Significant progress has been made in screening, surveillance, diagnosis, and treatment of pancreatic neoplasia over the last several years. We analyzed the epidemiology and mortality trends of pancreatic cancer during this time period.

Methods: We examined trends in Pancreatic Cancer incidence and incidence-based mortality stratified by sex and race/ethnicity in the United States using the National Cancer Institute (NCI) Surveillance, Epidemiology, and End Results (SEER) program from 2000 to 2017.

Discussion: The incidence and prevalence of pancreatic cancer has increased from year 2000 to 2017. This may be attributed to an increase in the overall population, increasing longevity, and increased diagnosis. The 5-year survival has almost doubled from the years 2000 to 2011. Understanding these trends may help shape future strategy and efforts as well as resource allocation to fight this lethal disease. 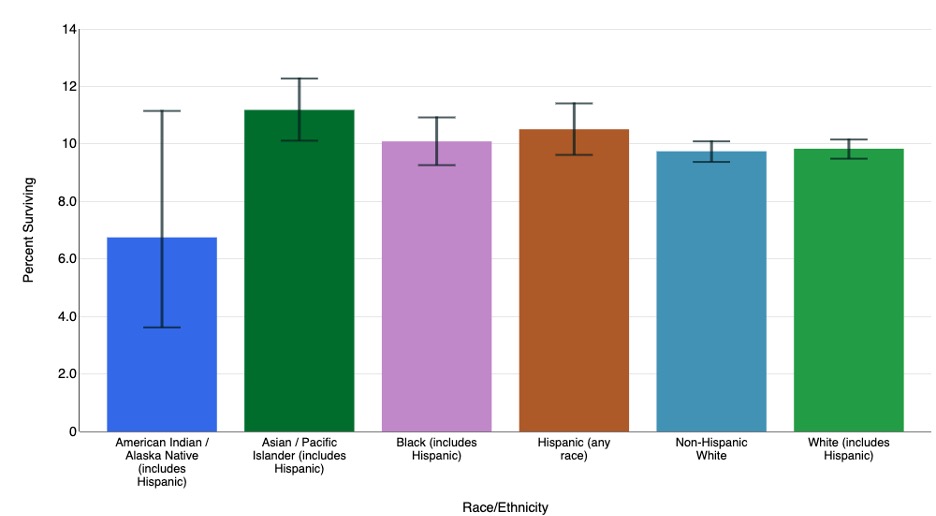