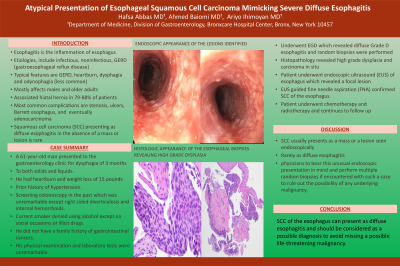 Introduction: Esophagitis is a well-known condition described as an inflammation of the esophagus. There are  various etiologies, including infectious, noninfectious, GERD (gastroesophageal reflux disease) being the most common. It is a fairly common condition,14% of the patients undergoing esophagogastroduodenoscopy (EGD) are found to have esophagitis. Typical GERD symptoms and heartburn being the most common features,  dysphagia and odynophagia being less common. It has a male predominance and usually occurs in older individuals. Hiatal hernia is a commonly associated finding in about 79-88% of patients. The most common complications are stenosis, ulcers, and Barrett esophagitis, which can progress to adenocarcinoma. However the squamous cell carcinoma (SCC) presenting as diffuse esophagitis in the absence of a mass or lesion is rare.We present a case of diffuse severe esophagitis in a patient with known grade 4 esophagitis and which was later found to be SCC of the esophagus on pathology of the routine biopsies.

Methods: A 61-year-old man presented to the gastroenterology clinic for dysphagia of 3 months duration to both solids and liquids. He had heartburn and weight loss of 15 pounds unintentionally. He had a prior history of hypertension. He also had a screening colonoscopy in the past which was unremarkable except right sided diverticulosis and internal hemorrhoids. He was a current smoker but denied using alcohol except on social occasions or illicit drugs. He did not have a family history of gastrointestinal cancers. His physical examination and laboratory tests were unremarkable. He underwent EGD which revealed Grade D esophagitis in the entire esophagus and random biopsies were done of the 3 segments of esophagus. Histopathology revealed high grade dysplasia and carcinoma in situ. Patient underwent endoscopic ultrasound (EUS) of esophagus which revealed a focal lesion. EUS guided fine needle aspiration (FNA) showed SCC of the esophagus. Patient underwent chemotherapy and radiotherapy and continues to follow up.

Discussion: Squamous cell carcinoma usually presents as a mass or a lesion seen endoscopically. However, it rarely presents as severe diffuse esophagitis seen on routine endoscopy. According to our observation, it would be reasonable for physicians to bear this unusual endoscopic presentation in mind and perform multiple random biopsies if encountered with such a case to rule out the possibility of any underlying malignancy. 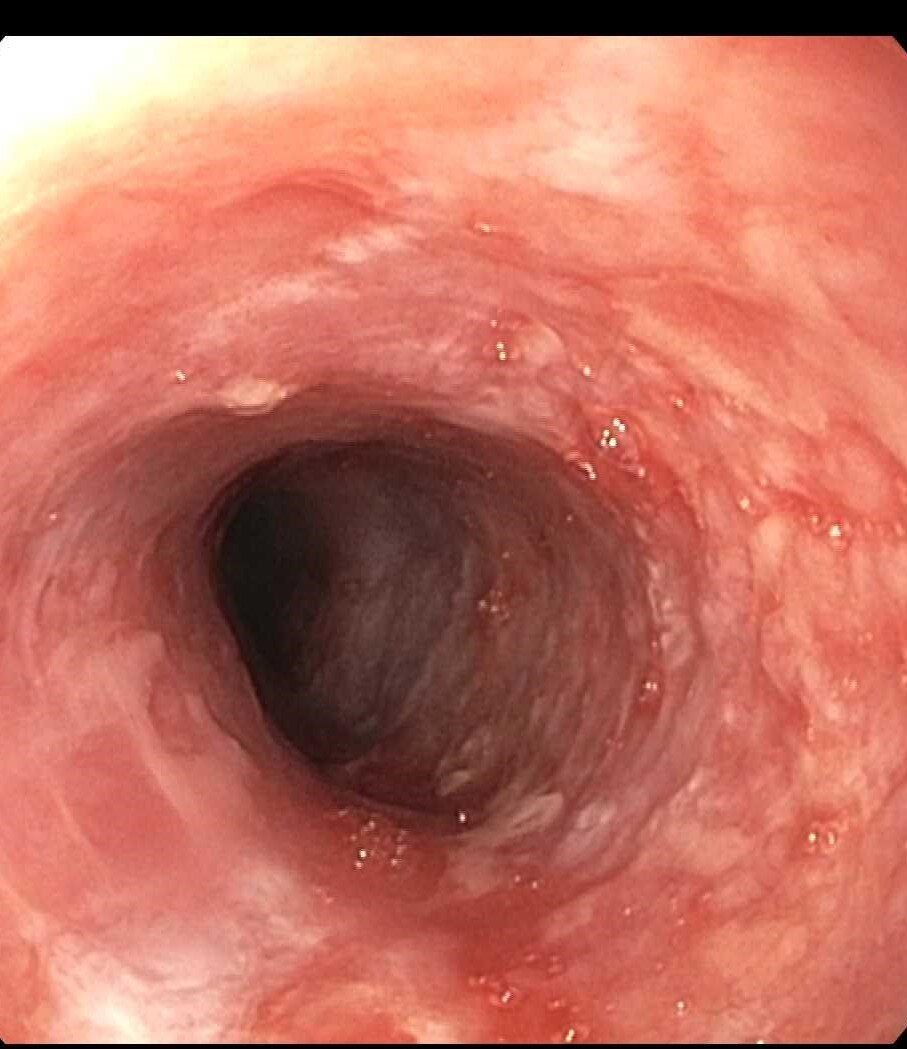 Diffuse severe esophagitis in the lower third of esophagus on endoscopy 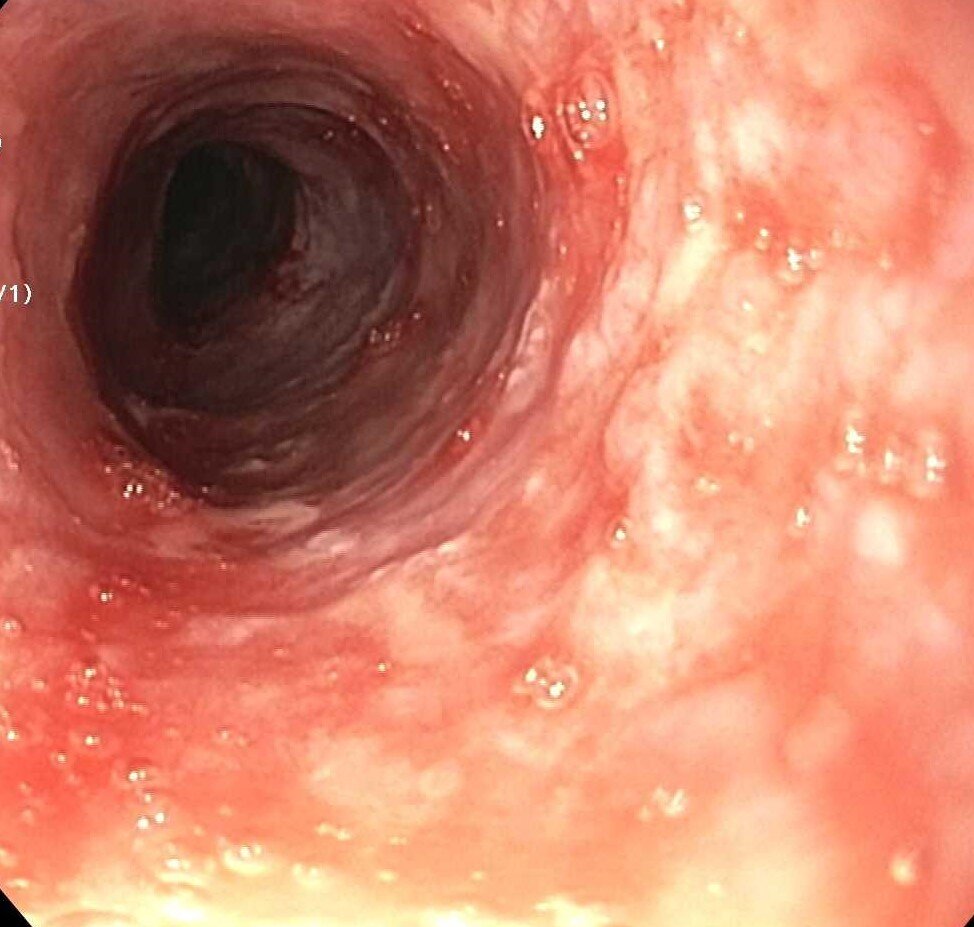 Diffuse esophagitis in the upper third of the esophagus on endoscopy