P0654 (S1776). - An Overlooked Cause of Proctosigmoiditis: Lymphogranuloma Venereum 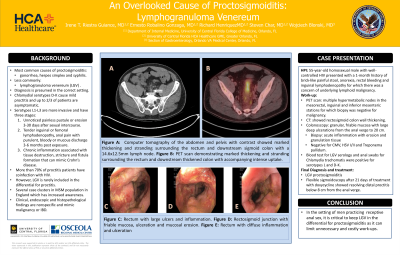 Introduction: Proctosigmoiditis is usually caused by gonorrhea, herpes simplex, syphilis, and less commonly by lymphogranuloma venereum (LGV) which can pose diagnostic difficulties as it is often not included in a differential. Presumptive diagnosis of LGV may be made based on symptoms such as tenesmus and constipation, especially in HIV infected males as more than 70% of proctitis patients have coinfection with HIV. If left untreated, strictures and lymphorrhoids can occur. Clinical, endoscopic and histopathological findings are nonspecific and can mimic malignancy or IBD, thus necessitating a high index of suspicion. 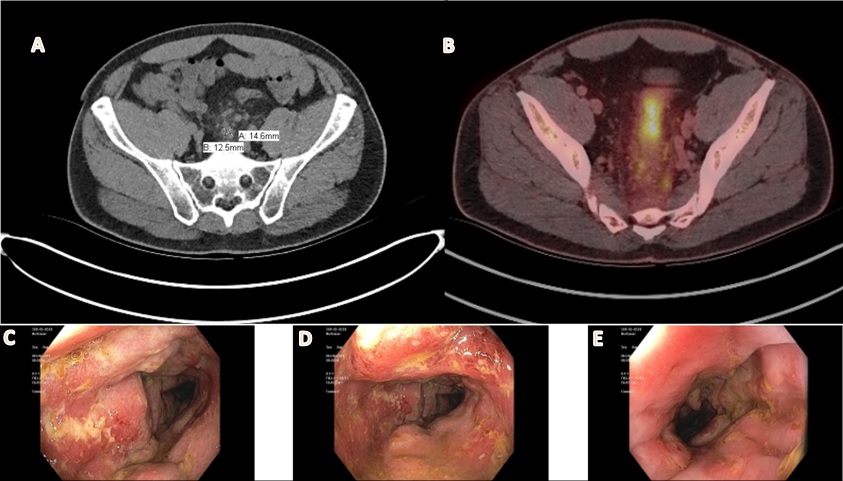