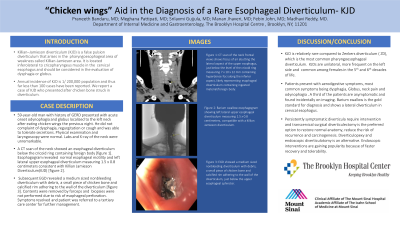 Introduction: Killian–Jamieson diverticulum (KJD) is a false pulsion diverticulum that arises in the  pharyngoesophageal area of weakness called Killian-Jamieson area. It is located inferolateral to cricopharyngeus muscle in the  cervical esophagus and should be considered in the evaluation of dysphagia or globus. Annual incidence of KJD is 1/ 200,000 population and thus far less than 100 cases have been reported. We report a case of KJD who presented after chicken bone struck in diverticulum.

Methods: 59-year-old man with history of GERD presented with acute onset odynophagia and globus localized to the left neck after eating chicken wings the previous night. He did not complaint of dysphagia, regurgitation or cough and was able to tolerate secretions. Physical examination and laryngoscopy was normal. Labs and X-ray of the neck were unremarkable.
A CT scan of the neck showed an esophageal diverticulum below the cricoid ring containing foreign body [figure 1]. Esophagogram revealed  normal esophageal motility and left lateral upper esophageal diverticulum measuring 1.5 x 0.8 centimeters consistent with Killian Jamieson Diverticulum(KJD) [figure 2]. Subsequent EGD revealed a medium sized nonbleeding diverticulum with debris, a small piece of chicken bone and calcified rim adhering to the wall of the diverticulum [figure 3]. Contents were removed by forceps and  biopsies were not performed due to risk of esophageal perforation. Symptoms resolved and patient was referred to a tertiary care center for further management.

Discussion: KJD is relatively rare compared to Zenkers diverticulum ( ZD), which is the most common pharyngoesophageal diverticulum.  KJDs are unilateral, more frequent on the left  side and  common among females in the 5th and 6th decades of life.
Patients present with aerodigestive symptoms, most common symptoms being dysphagia, Globus, neck pain and odynophagia . A third of the patients are asymptomatic and found incidentally on imaging. Barium swallow is the gold standard for diagnosis and shows a lateral diverticulum in cervical esophagus.
Persistently symptomatic diverticula require intervention and transcervical surgical diverticulectomy is the preferred option to restore normal anatomy, reduce the risk of recurrence and carcinogenesis. Diverticulopexy and endoscopic diverticulotomy is an alternative. Endoscopic interventions are gaining popularity because of faster recovery and tolerability. 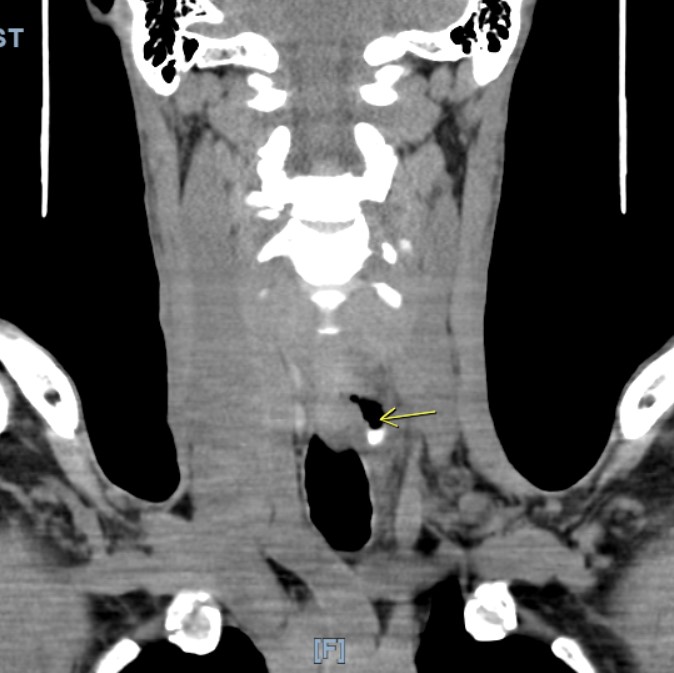 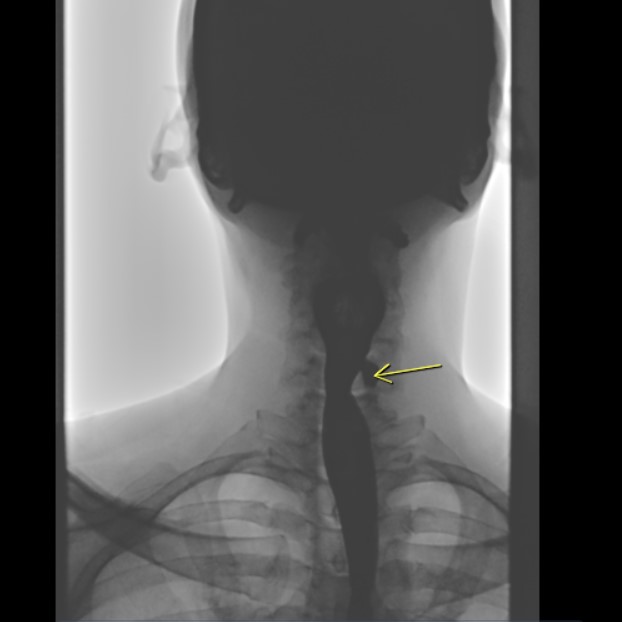 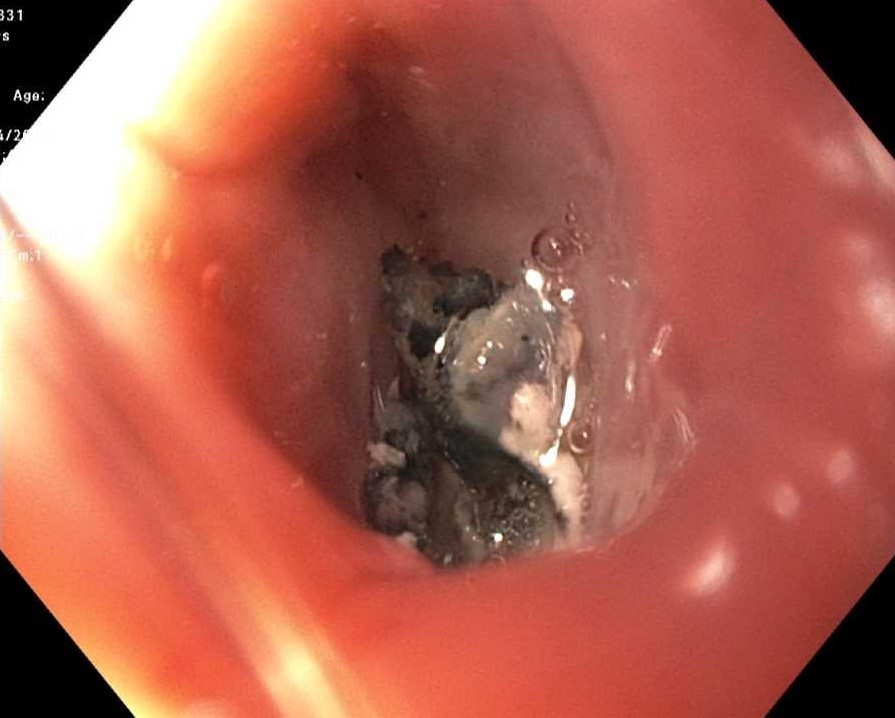 Figure 3: EGD showed a medium sized nonbleeding diverticulum with debris, a small piece of chicken bone and calcified rim adhering to the wall of the diverticulum, just below the upper esophageal sphincter.