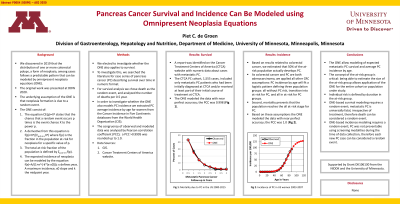 Introduction: We discovered that the distribution of one or more colorectal polyps, a form of neoplasia, among cases follows a predictable pattern that can be modeled by omnipresent neoplasia equations (ONE). The equation CE(p)=Xp states that the chance that a random event occurs p times is the event chance X to the power p. A derivative from this equation is f(p)=Xp/(Ʃp=0→∞Xp) where f(p) is the fraction in the population at-risk for neoplasia for a specific value of p.  The total at-risk fraction of the population is defined by Ʃp=0→∞f(p).

Methods: We elected to investigate whether the ONE also applies to survival. To investigate this, we searched the literature for case series of pancreas cancer (PC) describing survival over time in numeric format. For survival analysis we chose death as the random event, and analyzed the number of deaths per 0.5 year. In order to investigate whether the ONE also models PC incidence we extracted PC average incidence by age for women from the Cancer Incidence in Five Continents databases from the World Health Organization (CI5). The congruency of observed and modeled data was analyzed by Pearson correlation coefficient (PCC);  a PCC >0.9995 was rounded up to 1.0. 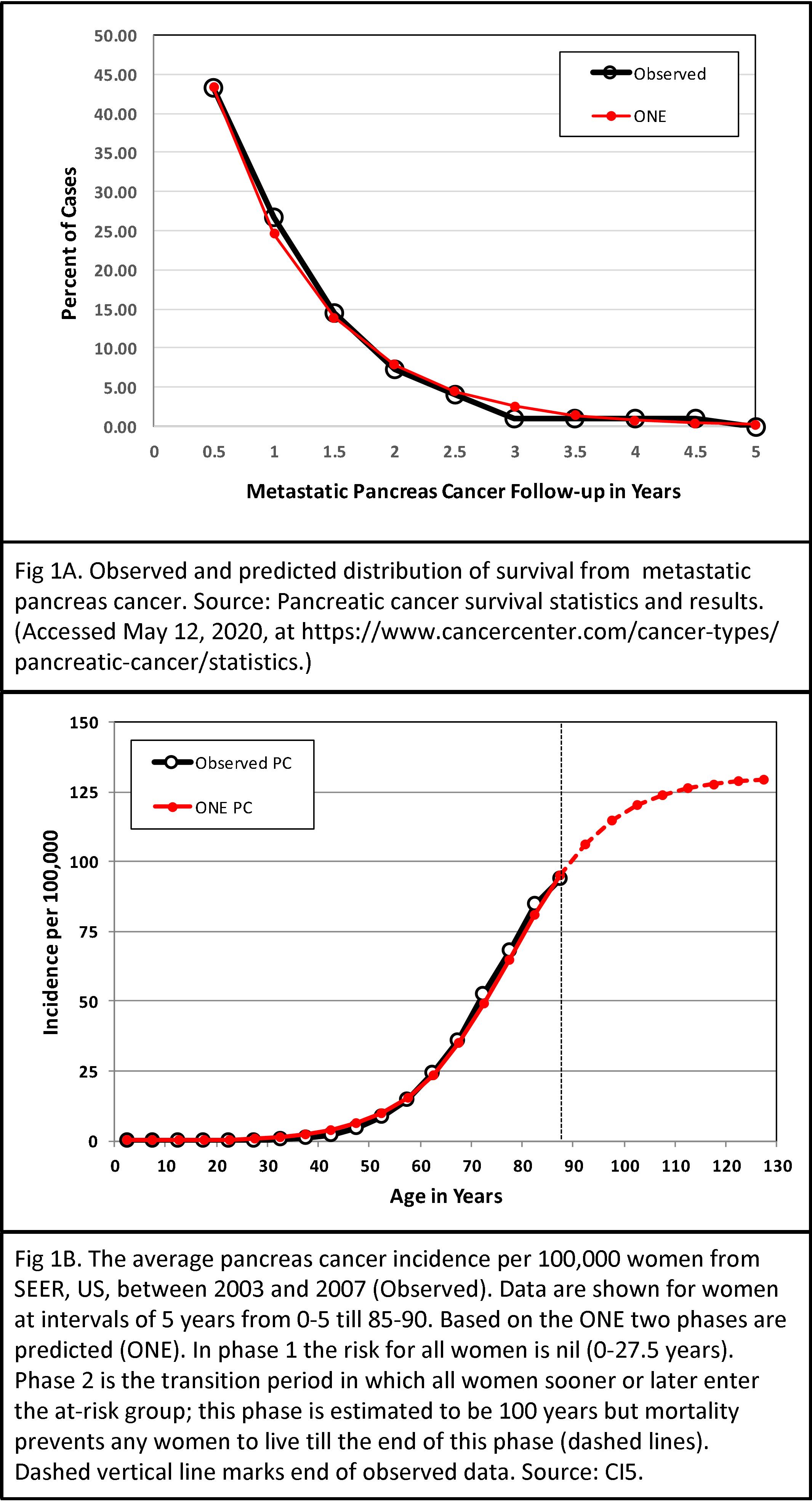