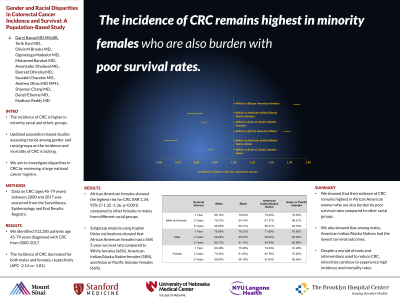 Introduction: Colorectal cancer (CRC) is the third common cause of cancer death in the US. The incidence of CRC is higher in minority racial and ethnic groups. Traditionally, CRC has had a higher mortality rate in men when compared to women. However, studies assessing trends among sex and racial groups on the incidence and mortality of CRC is lacking. We aim to investigate disparities in CRC by reviewing a large national cancer registry.

Methods: This is a retrospective cross-sectional study of the Surveillance, Epidemiology and End Results Registry (SEER) of individuals aged 45-79 years from 2000-2017. Race was classified as White, Black, American Indian/Alaska Native, and Asian or Pacific Islander. Annual percent change (APC) and incidence risk ratios (IRR) were calculated for sex and race. Kaplan-Meier estimations and log-rank tests were used to evaluate cancer-specific survival outcomes. Statistical significance was set at P < 0.05.

Forest plot for Incidence Rate Ratios (IRR) for colorectal cancer (CRC) based on gender and race/ethnicity. 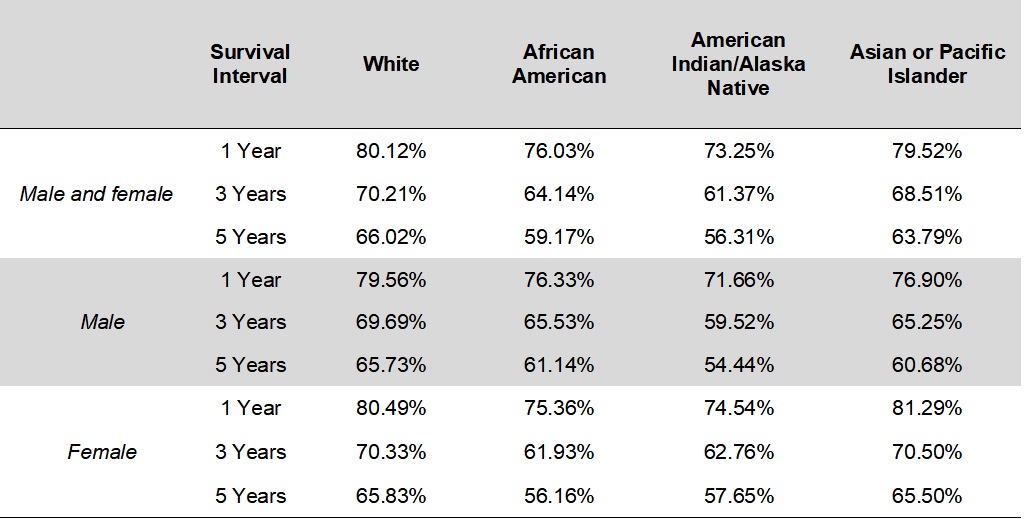 One through 5-year survival rates based on gender and race/ethnicity.