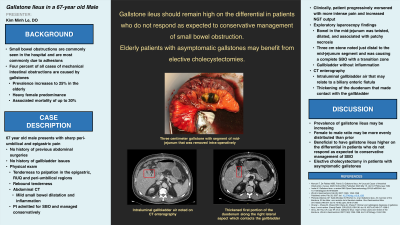 Introduction: There are several causes of small bowel obstructions. About 4% of all cases of mechanical intestinal obstructions are caused by gallstones. This increases to 25% in the elderly (age > 65 years) with a heavy female predominance (male:female ratio 3.5:6.0). This clinical vignette presents a case of gallstone ileus in a 67 year old male and aims to increase the priority of gallstone ileus on the differential list due to suspicion of an increase in prevalence of this condition.

Methods: 67M presents with 4.5 hours of sharp periumbilical and epigastric pain that has been progressively worsening and associated with intermittent spasms. Pt denies previous abdominal surgeries and no reported history of gallbladder issues. Physical exam revealed generalized tenderness most prominent in the epigastric, RUQ and periumbilical region with rebound tenderness. No distension, rigidity or guarding were noted. Abdominal CT revealed mild small bowel dilatation and inflammation. Pt was admitted for an SBO and initially managed conservatively.
Pt's symptoms continued to worsen such that he vomited 4000 cc of bilious emesis and NGT output was 2600cc in 24 hours. He was not passing flatus or having BMs. Surgery decided to proceed with an exploratory laparotomy.
Intraoperatively, pt was found to have a loop of bowel in the mid jejunum that was twisted, dilated and associated with patchy necrosis. A 3 cm stone was noted just distal to this segment and was causing a complete SBO with transition zone. The source of the stone was felt to be of gallbladder origin. However, gallbladder was contracted and firm without inflammation. No portal vein gas was noted on CT, but there was not another source seen for the stone. No large duodenal diverticulum based on CT. GI recommended a CT enterography, which revealed intraluminal gallbladder air that may relate to a biliary enteric fistula. Thickening of the first portion of the duodenum that made contact with the gallbladder was also noted.

Discussion: Prevalence of gallstone ileus may be increasing, and the ratio between males and females may be more evenly distributed than prior. Two subsequent cases of gallstone ileus in males were seen at the same hospital in the following months. It will be beneficial to have this condition higher on the differential list in patients presenting with a bowel obstruction. Patients over the age of 65 found to have asymptomatic gallstones may benefit from elective cholecystectomy to prevent gallstone ileus and its complications. 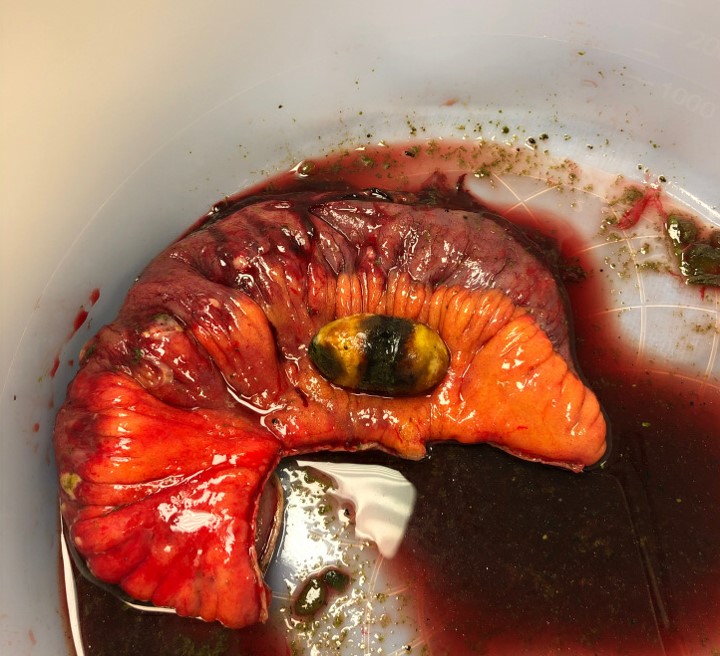 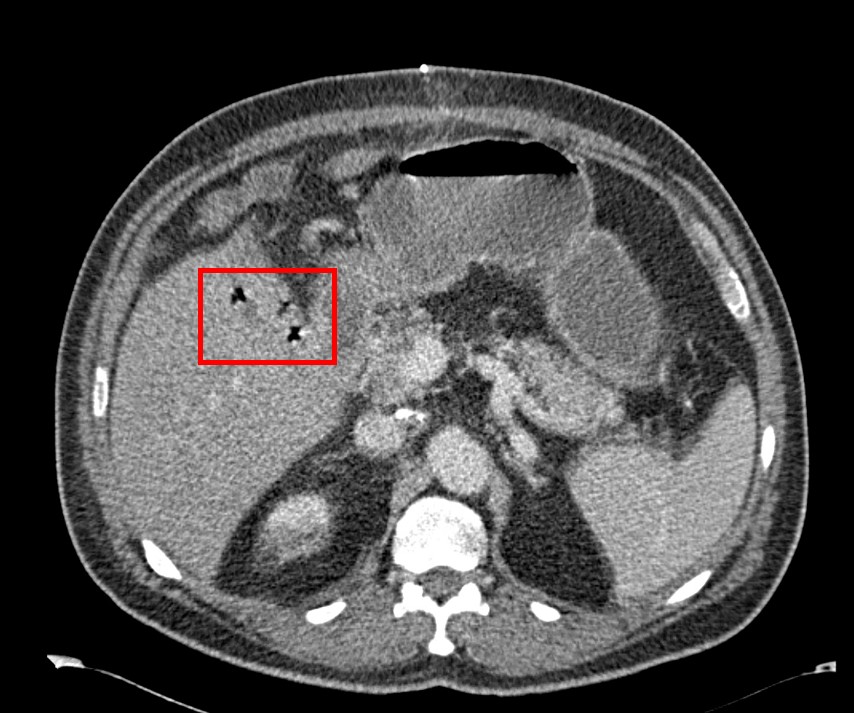 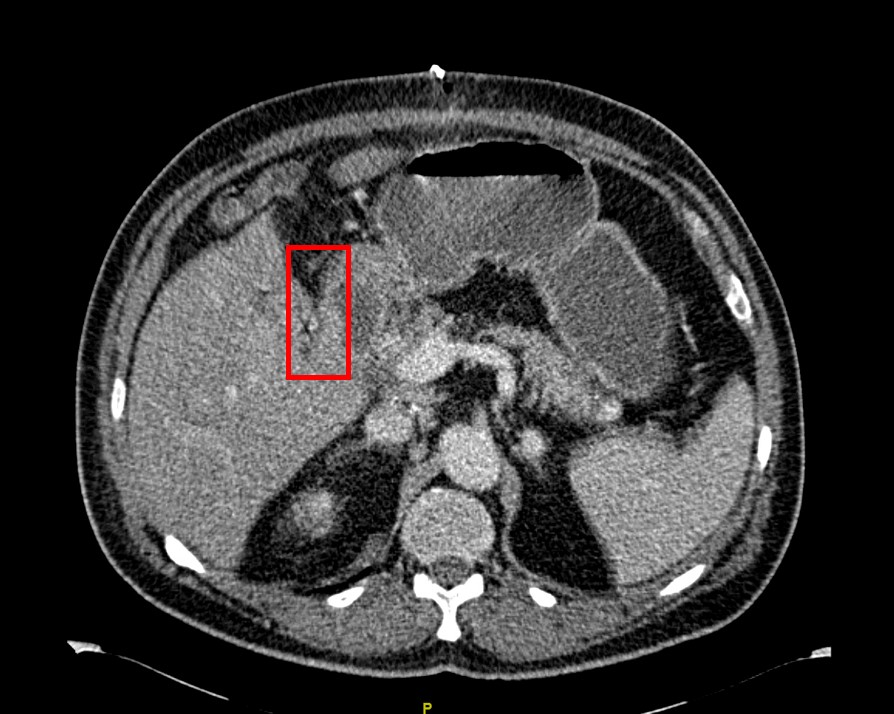