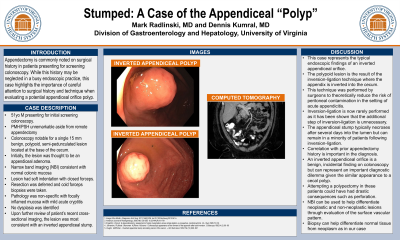 Introduction: Appendectomy is commonly noted on surgical history in patients presenting for screening colonoscopy. While this history may be neglected in a busy endoscopic practice, this case highlights the importance of careful attention to surgical history and technique when evaluating a potential appendiceal orifice polyp.

Methods: A 51yo M presented for initial screening colonoscopy. His past medical and surgical history were unremarkable aside from an appendectomy as a child. The colonoscopy was notable for a 15 mm benign, polypoid, semi-pedunculated lesion that was present at the base of the cecum (Image 1,2). Initially, the lesion was thought to be an appendiceal adenoma. However, narrow band imaging (NBI) was consistent with normal colonic mucosa and the lesion had soft indentation with closed forceps. As a result, resection was deferred and cold forceps biopsies were taken. Pathology was non-specific with focally inflamed mucosa with mild acute cryptitis and importantly no dysplasia. Upon further review of patient’s recent cross-sectional imaging, the lesion was most consistent with an inverted appendiceal stump (Image 3).

Discussion: This case represents the typical endoscopic findings of an inverted appendiceal orifice. The polypoid lesion is the result of the inversion-ligation surgical technique where the appendix is inverted into the cecum. This technique was performed by surgeons to theoretically reduce the risk of peritoneal contamination in the setting of acute appendicitis. However, inversion-ligation is now rarely performed as it has been shown that this additional is unnecessary. The appendiceal stump typically necroses after several days into the lumen but can remain in a minority of patients following inversion-ligation. Correlation with prior appendectomy history is important in the diagnosis. It is likely our patient underwent appendectomy with the inversion-ligation technique but unfortunately the operative report was unable to be found.

An inverted appendiceal orifice is a benign, incidental finding on colonoscopy but can represent an important diagnostic dilemma given the similar appearance to a cecal polyp. In fact, attempting a polypectomy in these patients could have had drastic consequences such as perforation. NBI can be used to help differentiate neoplastic and non-neoplastic lesions through evaluation of the surface vascular pattern. Additionally, biopsy can help differentiate normal tissue from neoplasm as in our case. 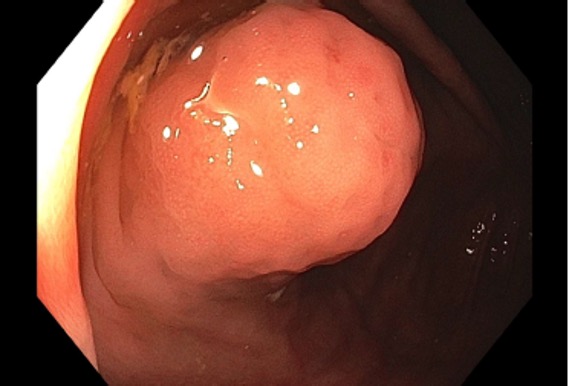 Image 1: Endoscopic view of a singular polypoid lesion, semi-pedunculated lesion at the base of the cecum 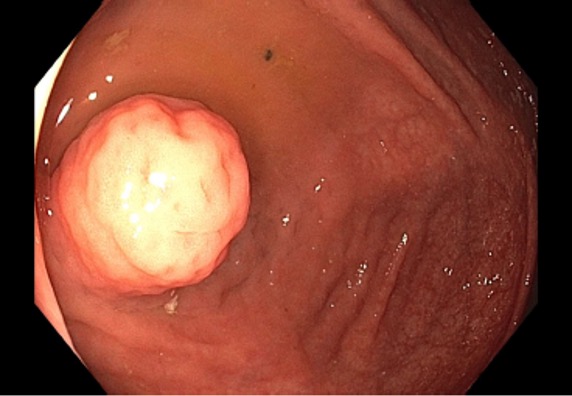 Image 2: Endoscopic view of a singular polypoid lesion, semi-pedunculated lesion at the base of the cecum 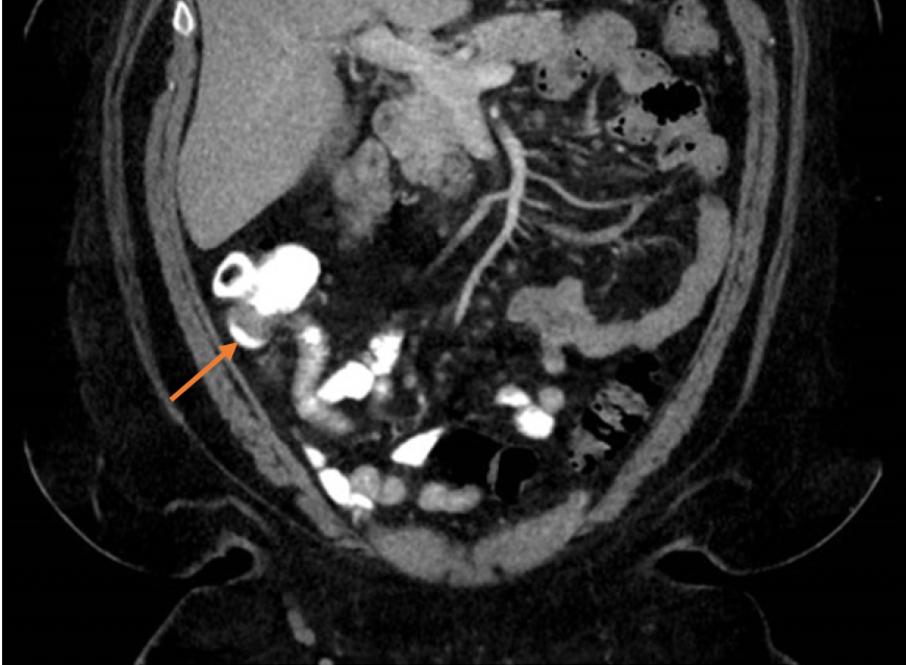