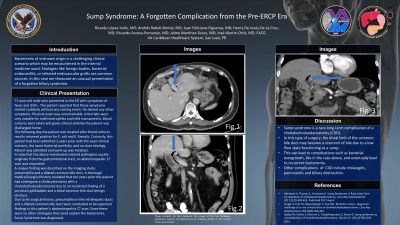 Introduction: Bacteremia of unknown origin is a challenging clinical scenario which may be encountered in the internal medicine ward. Etiologies like foreign bodies, bacterial endocarditis, or infected endovascular grafts are common sources. In this case we showcase an unusual presentation of a forgotten syndrome.

Methods: This is the case of a 71-year-old male with past medical history of hypertension and diabetes who presented to the hospital with symptoms of fever and chills since one day prior. The patient reported that these symptoms started suddenly without any inciting event. He denied any other symptoms on review of systems. Physical exam at that time was unremarkable. Initial labs were only remarkable for mild neutrophilia without associated leukocytosis and mild transaminitis. Blood cultures were taken and given clinical stability the patient was discharged home from the ER.

The following day the patient was recalled after blood cultures results returned positive for E. coli and E. faecalis. Remarkably, this patient had been admitted 2 years prior with the exact clinical scenario, the same bacterial portfolio, and no clear etiology was elucidated at that time. Patient was admitted and work-up was performed in an attempt to find a plausible etiology. In view that the above mentioned cultured pathogens usually originate from the gastrointestinal tract, an abdominopelvic CT scan was requested. Interestingly, a very unique finding was described on the imaging study: pneumobilia and a dilated common bile duct. A thorough medical/surgical history revealed that, ten years prior, the patient had undergone a cholecystectomy with a choledochoduodenostomy due to an incidental finding of a porcelain gallbladder and a distal common bile duct benign stricture. Due to his surgical history, pneumobilia in the intrahepatic ducts and a dilated common bile duct were concluded to be expected findings in this patient’s abdominopelvic CT scan. Since there were no other etiologies that could explain the bacteremia, Sump Syndrome was diagnosed.

Discussion: Sump syndrome is a rare long-term complication of choledochoduodenostomy. In this type of surgery, the distal limb of the common bile duct may become a reservoir of bile due to a low flow state functioning as a sump. This can lead to complications such as bacterial overgrowth, like in the case above, and eventually lead to recurrent bacteremia. 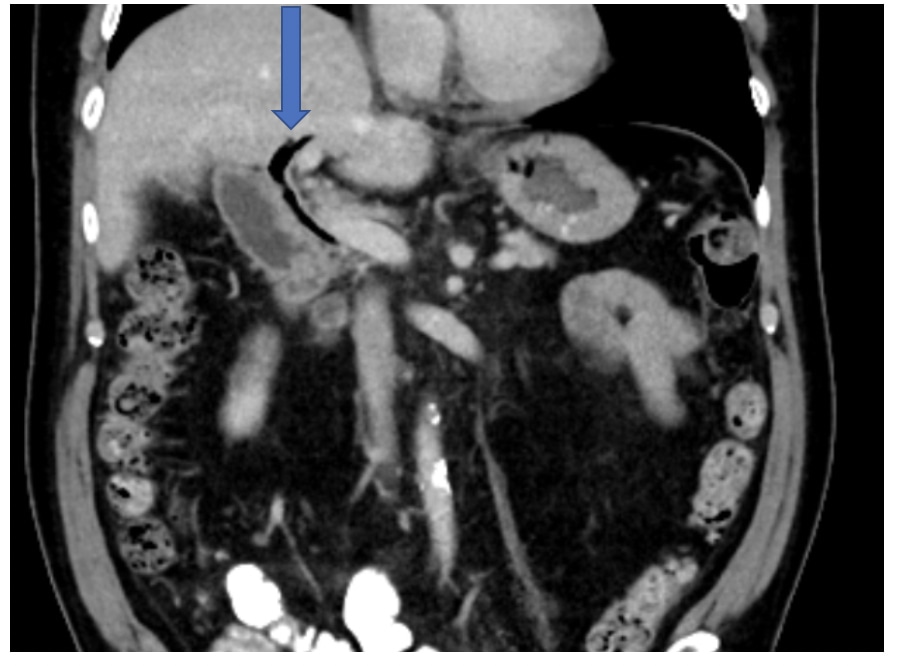 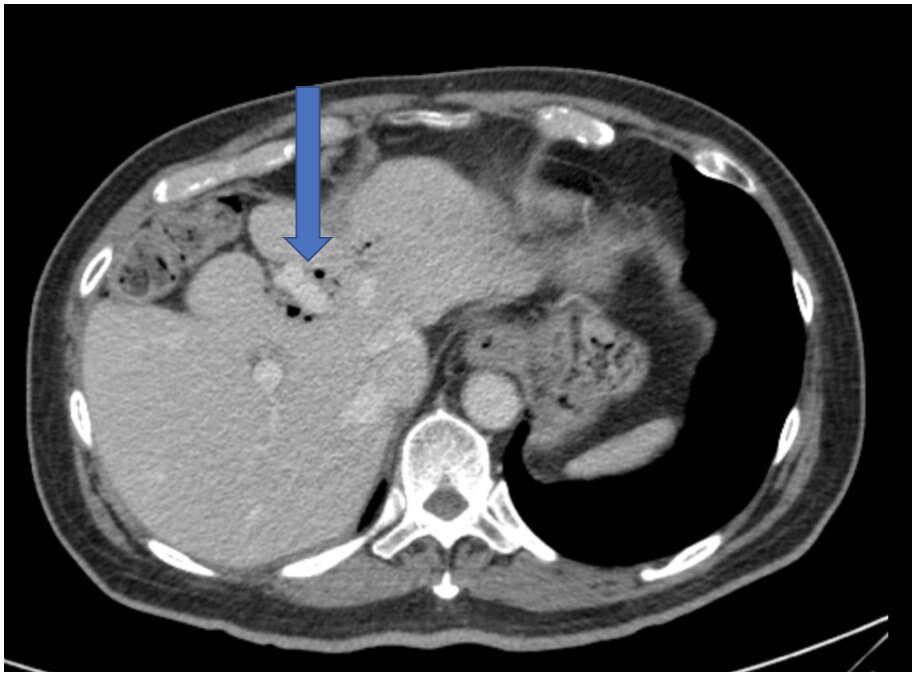 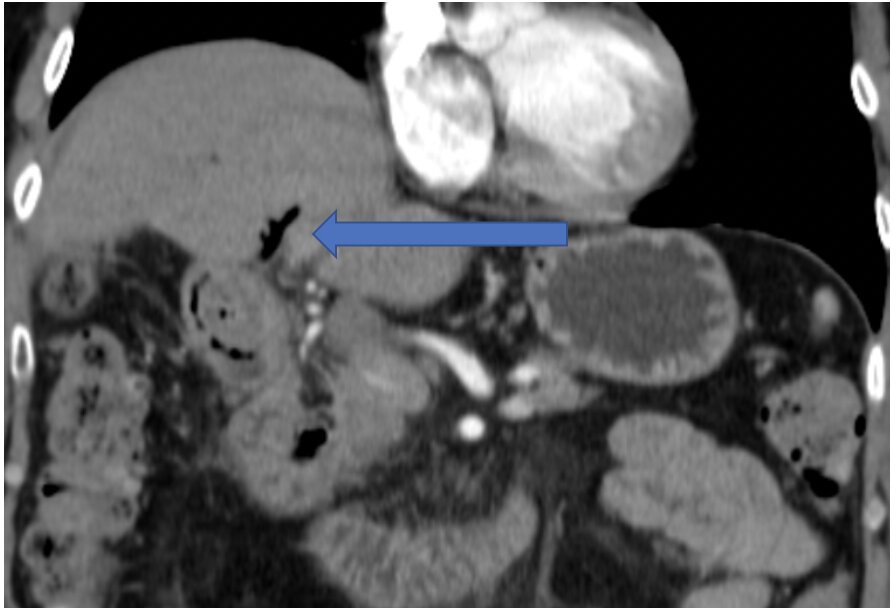