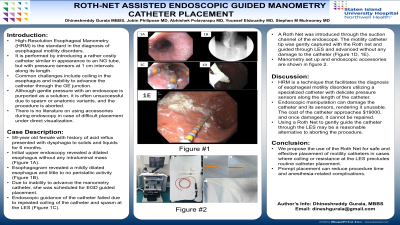 Introduction: High-Resolution Esophageal Manometry (HRM) is the standard in the diagnosis of esophageal motility disorders. It is performed by introducing a rather costly catheter similar in appearance to an NG tube, but with pressure sensors at 1 cm intervals along its length.  Common challenges include coiling in the esophagus and inability to advance the catheter through the GE junction. Although gentle pressure with an endoscope is purported as a solution, it is often unsuccessful due to spasm or anatomic variants, and the procedure is aborted. The fragility of the motility catheter and the high cost of this reusable device preclude the use of biopsy forceps or snare to advance the catheter. There is no literature on using accessories during endoscopy in case of difficult placement under direct visualization. We report a unique case of using a Roth Net via the suction channel to advance the manometry catheter past the LES endoscopically.

Methods: 59-year old female with history of acid reflux presented with dysphagia to solids and liquids for 6 months. Initial upper endoscopy revealed a dilated esophagus without any intraluminal mass (Figure 1A). Esophagogram revealed a mildly dilated esophagus and little to no peristaltic activity (Figure 1B). Due to inability to advance the manometry catheter, she was scheduled for EGD guided placement. Endoscopic guidance of the catheter failed due to repeated coiling of the catheter and spasm at the LES (Figure 1C). A Roth Net was introduced through the suction channel of the endoscope. The motility catheter tip was gently captured with the Roth net and guided through LES and advanced without any damage to the catheter (Figure 1D, 1E). Manometry report, set up and endoscopic accessories are shown in figure 2 and 3.

HRM is a technique that facilitates the diagnosis of esophageal motility disorders utilizing a specialized catheter with delicate pressure sensors along the length of the catheter. Endoscopic manipulation can damage the catheter and its sensors, rendering it unusable. The cost of the catheter approaches $19000, and once damaged, it cannot be repaired. Using a Roth Net to gently guide the catheter through the LES may be a reasonable alternative to aborting the procedure. We propose the use of the Roth Net for safe and effective placement of motility catheters in cases where coiling or resistance at the LES precludes routine catheter placement. Prompt placement can reduce procedure time and anesthesia-related complications. 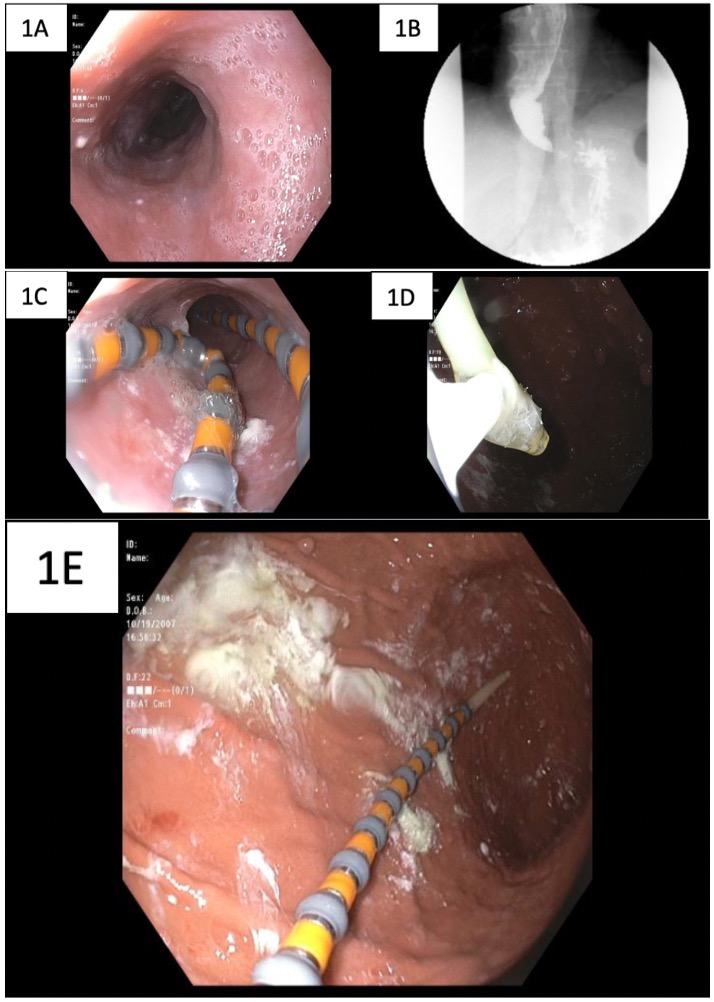 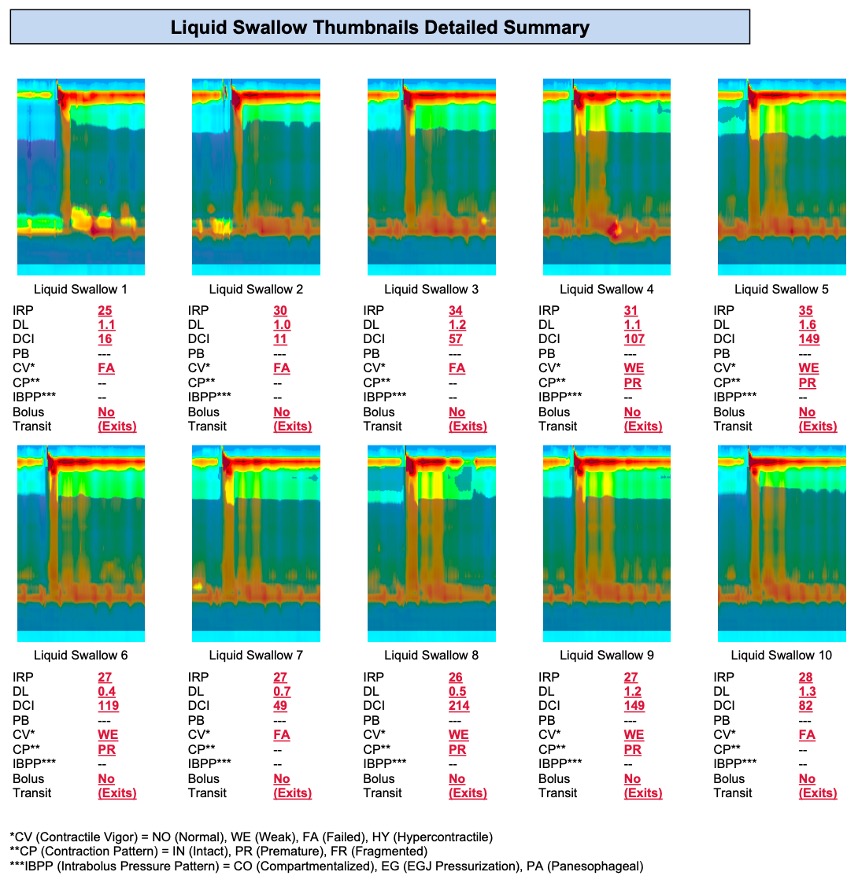