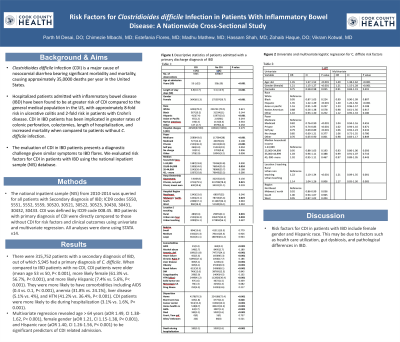 Introduction: Clostridioides difficile infection (CDI) is a major cause of nosocomial diarrhea bearing significant morbidity and mortality, causing approximately 35,0000 deaths per year in the United States. Hospitalized patients admitted with inflammatory bowel disease (IBD) have been found to be at greater risk of CDI compared to the general medical population in the US, with approximately 8-fold risk in ulcerative colitis and 2-fold risk in patients with Crohn’s disease. CDI in IBD patients has been implicated in greater rates of colonic perforation, colectomies, length of hospitalization, and increased mortality when compared to patients without C. difficile infection. The evaluation of CDI in IBD patients presents a diagnostic challenge given similar symptoms to IBD flares. We evaluated risk factors for CDI in patients with IBD using the national inpatient sample (NIS) database.

Discussion:             Risk factors for CDI in patients with IBD include female gender and Hispanic race. This may be due to factors such as health care utilization, gut dysbiosis, and pathological differences in IBD. 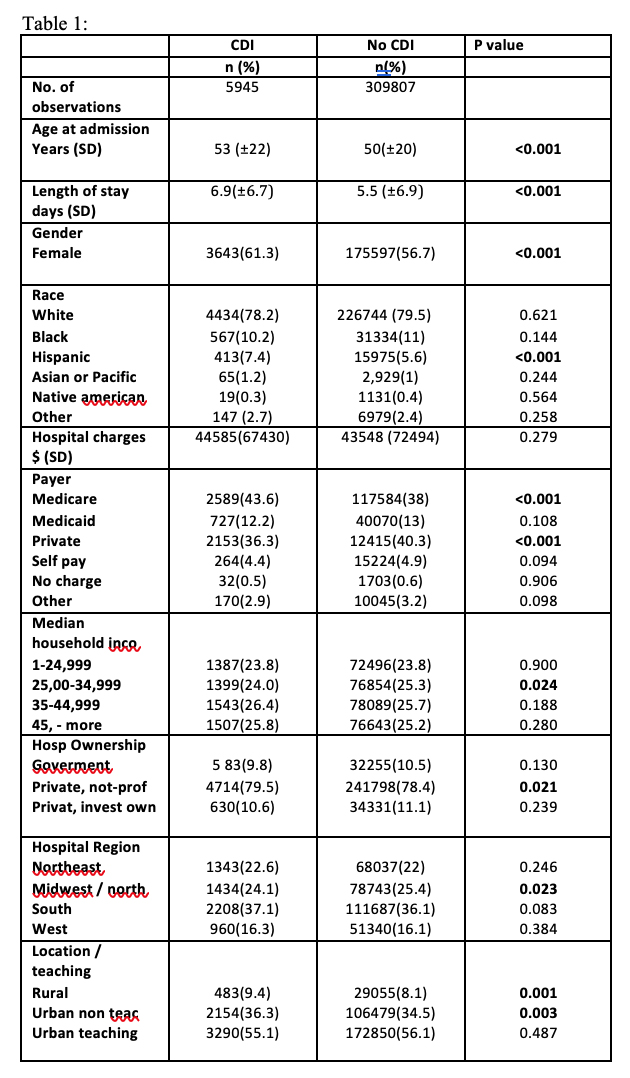 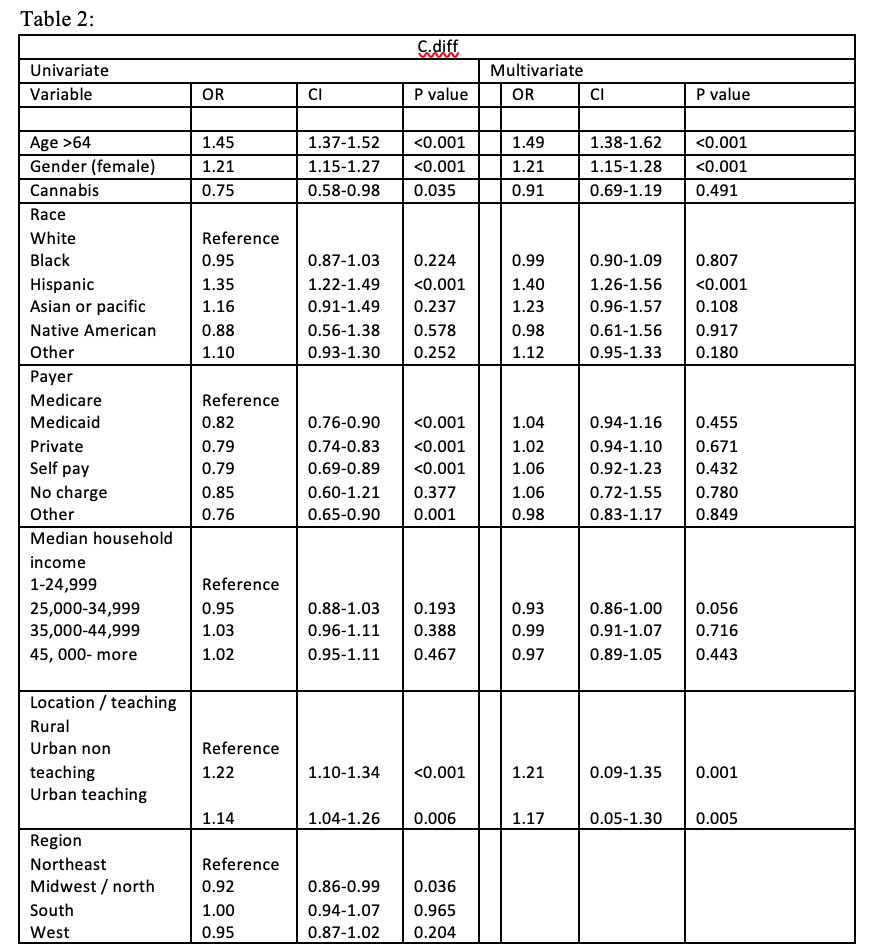