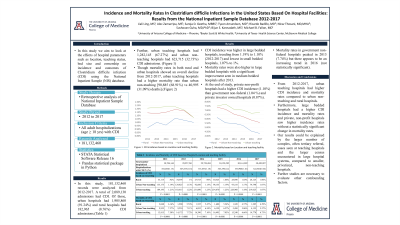 Introduction: In this study we aim to look at the effects of hospital parameters such as location, teaching status, bed size and ownership on incidence and outcomes of Clostridium difficile infection (CDI) using the National Inpatient Sample (NIS) database.

Methods: All adult hospitalizations (age ≥ 18 years) between 2012 and 2017 were evaluated. Admissions with CDI were identified based on the appropriate ICD9 (00845) and ICD10 (A047, A0471, A0472) codes. Incidence and mortality rates with respect to hospital facilities such as hospital location, bed size, teaching facilities and ownership were analyzed after applying recommended weights using Stata Statistical Software and Python. 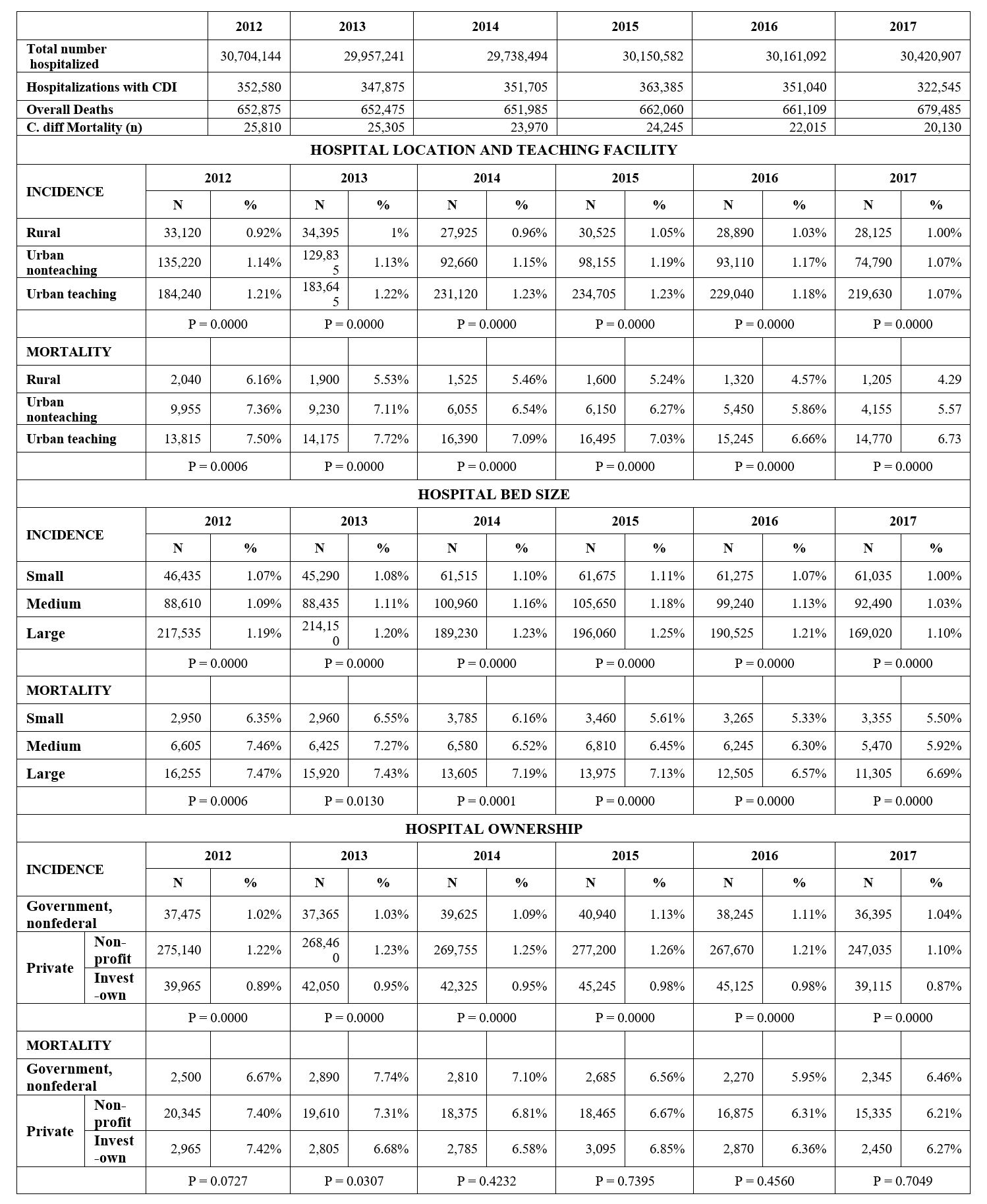 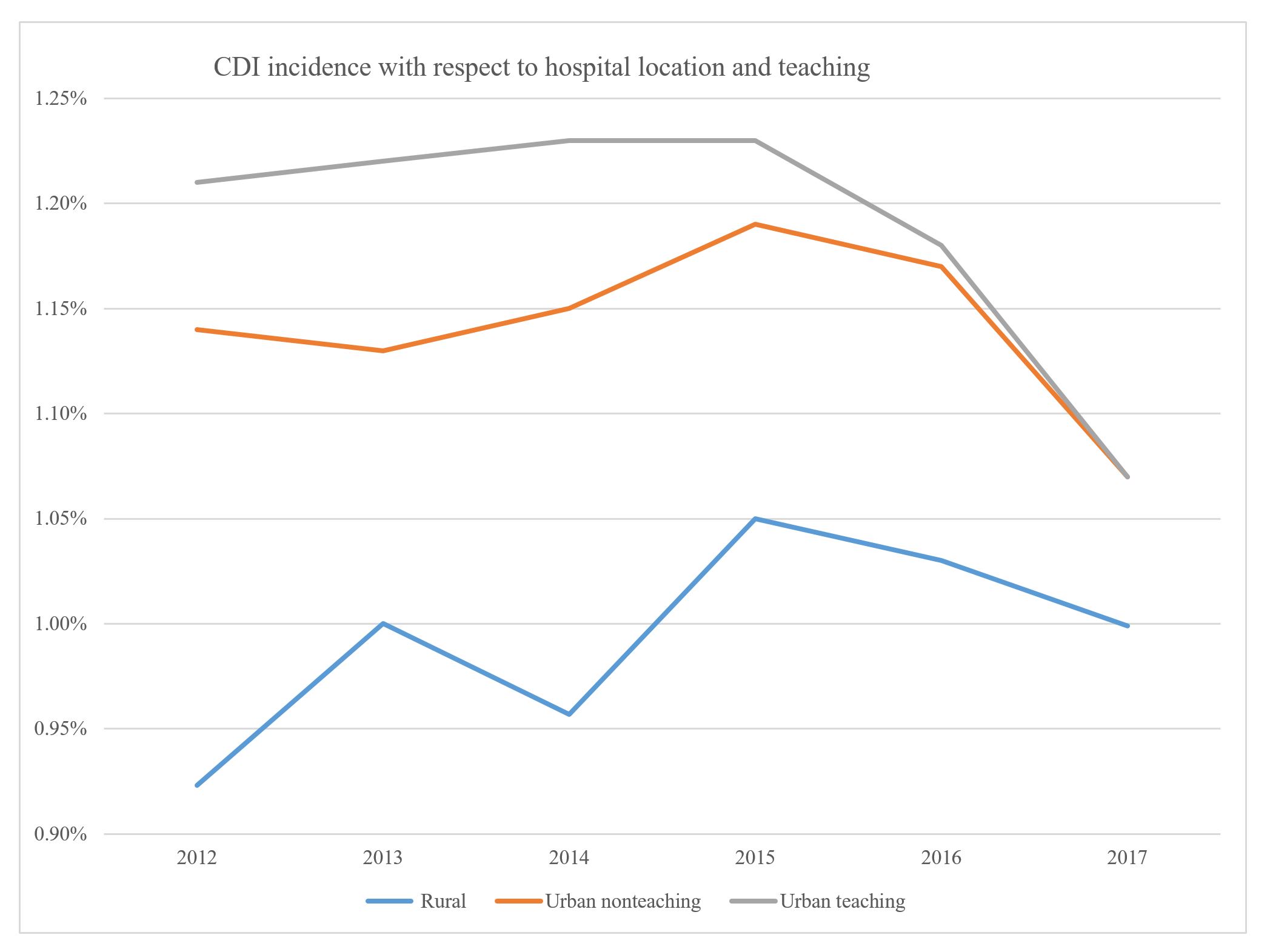 Figure 1: Incidence of CDI based on hospital location & teaching status 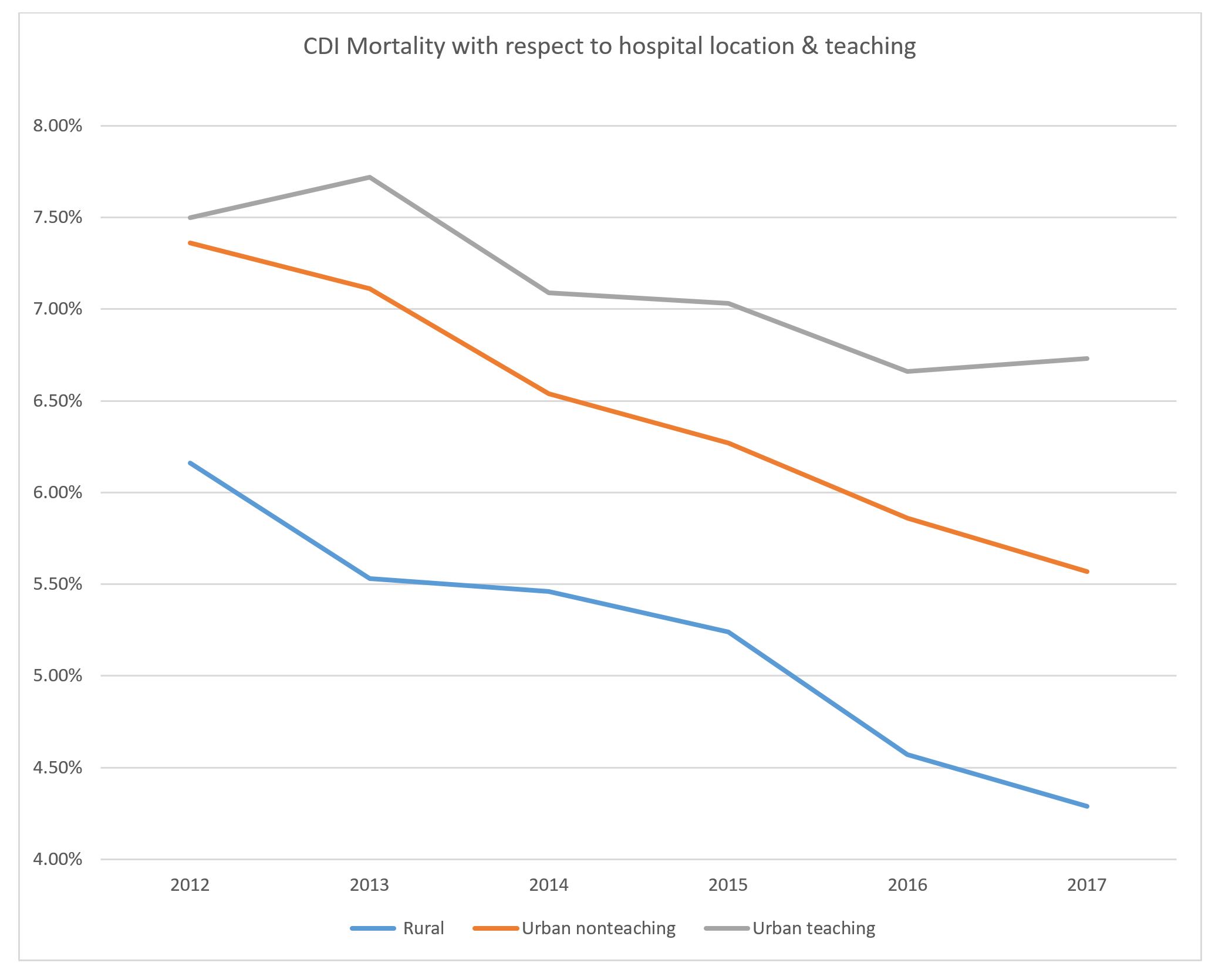 Figure 2: Mortality rates in patients with CDI based on hospital location and teaching