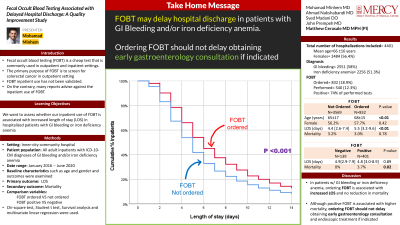 Introduction: Fecal occult blood testing (FOBT) is a cheap test that is commonly used in outpatient and inpatient settings. The primary purpose of FOBT is to screen for colorectal cancer in an outpatient setting, as recommended by the US preventive services task force. FOBT inpatient use has not been validated. On the contrary, many reports advise against the inpatient use of FOBT. The impact of performing FOBT on hospitalization outcomes such as length of stay has (LOS) been sufficiently studied in literature. We aimed to assess whether our inpatient use of FOBT is associated with increased LOS in hospitalized patients with GI bleeding or iron deficiency anemia

Methods: Adult inpatients from January 2016 until June 2020 with ICD-10-CM diagnoses pertaining to GI bleeding and/or iron deficiency anemia were included. The primary outcome was LOS. The secondary outcome was mortality. Variables were compared between FOBT ordered VS not ordered and FOBT positive VS negative. Standard statistical tests using Chi-square, Student t-test, Mann-Whitney U test, survival analysis, and multivariate linear regression were used.

Discussion: FOBT is not indicated for inpatient settings. Although a positive FOBT result is associated with higher mortality, ordering FOBT should not delay obtaining early gastroenterology consultation and endoscopic treatment if indicated. Educational interventions should be implemented to decrease inappropriate inpatient use of FOBT testing.

Table 1. Comparison of baseline characteristics and outcomes based on FOBT order status 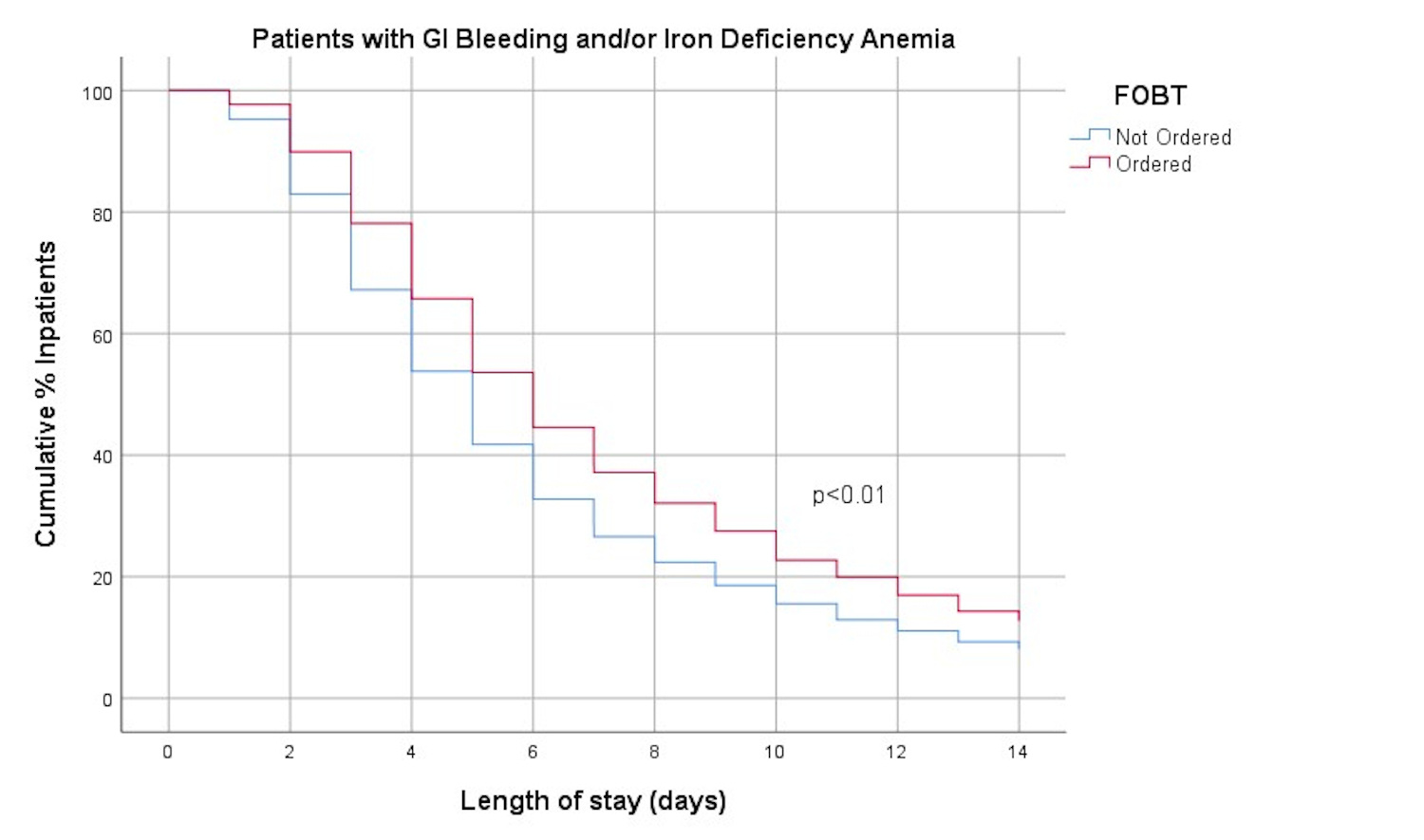 Table 2. Comparison of hospitalization outcomes based on FOBT test results