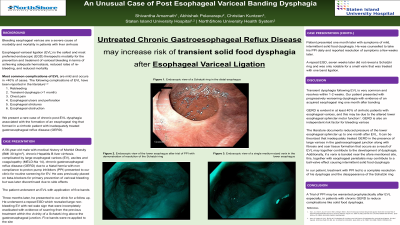 Introduction: Bleeding esophageal varices are a major cause of mortality in patients with liver cirrhosis. Primary prophylaxis is achieved with non-selective beta-blockers or esophageal variceal ligation (EVL). Less than 20% of post-EVL patients suffer from minor complications such as transient dysphagia and chest discomfort. We present a rare case of significant dysphagia associated with the formation of an esophageal ring that occurred after EVL in a patient with cirrhosis and chronic gastroesophageal reflux disease (GERD).

Methods: A 56-year-old man with hepatitis B-related liver cirrhosis (MELD-Na 14), large esophageal varices (EV) and intolerance to beta-blockers, small gastroesophageal varix (GOV1), chronic GERD due to a hiatal hernia, and non-compliance to proton pump inhibitors (PPI), underwent an EVL with five bands. He presented three months later for follow up and a repeat EGD uncovered scar tissue within the vicinity of a Schatzki ring above the gastroesophageal junction. He underwent repeat variceal ligation with 5 bands. He presented one month later with symptoms of mild, intermittent solid food dysphagia. He was counseled to take his PPI daily and reported resolution of symptoms a few weeks thereafter. Repeat EGD, seven weeks later did not reveal a Schatzki ring and was only notable for small varix that was treated with one band ligation.

Discussion: GERD, an independent risk factor for bleeding varices has been reported in 40% of cirrhotic patients. Literature also documents reduced pressure of the lower esophageal sphincter up to one month after EVL, which may promote acid reflux. It can be postulated that the mucosal defect caused by EVL may lead to increased scar tissue formation in a patient with GERD. In our patient, treatment with PPI led to a complete resolution of his dysphagia and the disappearance of the Schatzki ring. A trial of PPI may be warranted prophylactically after EVL, especially in patients with GERD. 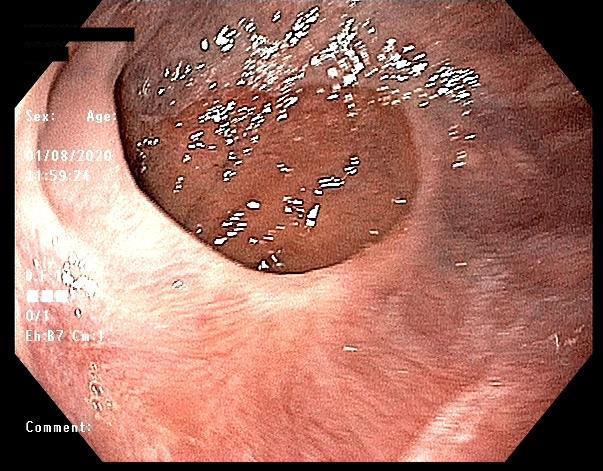 Figure 1: Endoscopic view of a Schatzki ring in the distal esophagus 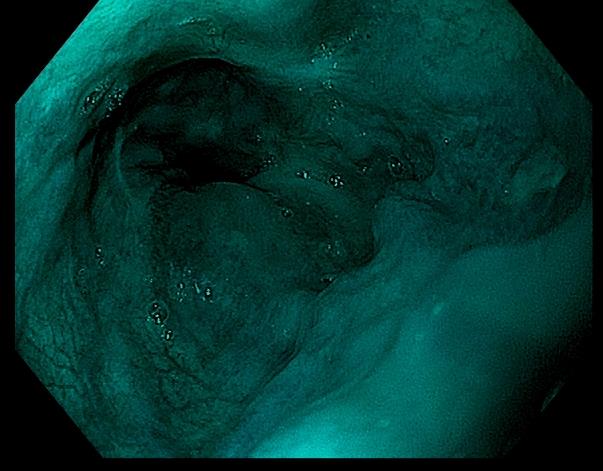 Figure 2: Endoscopic view of the lower esophagus after trial of PPI with a demonstration of resolution of Schatzki ring 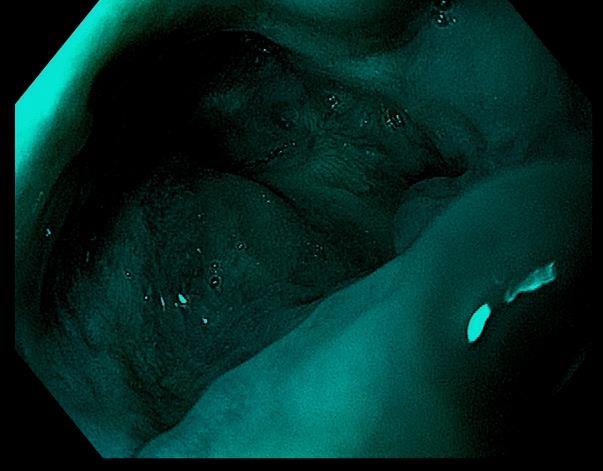 Figure 3. Endoscopic view of a single medium-sized varix in the lower esophagus