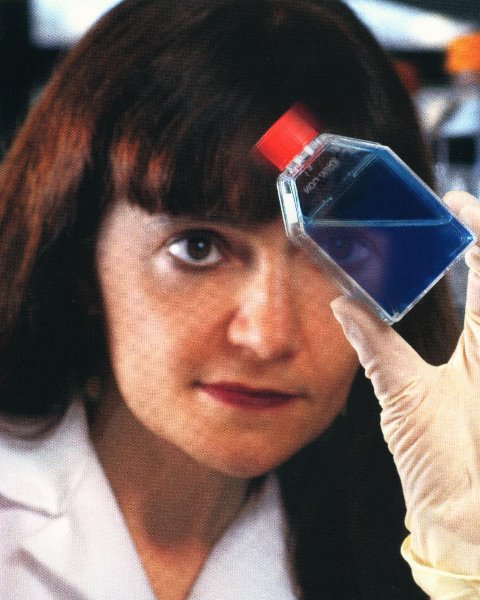 Maria G. Castro, PhD, joined the University of Michigan Medical School in 2011 as Professor of Neurosurgery. She received her Ph.D. in Biochemistry, National University of La Plata, Buenos Aires, in 1986. She was awarded an NIH Fogarty International Fellowship, continuing her training in the UK, where she was promoted to Professor of Medicine at the University of Manchester. In 2001, Dr. Castro became Professor of Molecular and Medical Pharmacology, UCLA and Director of the Gene Therapeutics Institute and Professor of Medicine, Cedars-Sinai Medical Center. In 2001, Maria’s research culminated with the approval of an IND for the treatment of GBM using immunestimulatory gene therapy.

Dr. Castro is internationally known for her research in tumor immunology, neuro-immunology, genetically engineered mouse glioma models and immune-mediated therapies. She received continuous NIH and foundations’ funding and is the recipient of numerous awards, including the Women of Action Award from the Israel Cancer Research Fund for achievements in brain cancer biology and therapeutics and the Medallion’s Endowed Chair Award in Gene Therapy. Dr Castro is the holder of the R.C. Schneider Professorship. She is the 2016 recipient, of the NIH/NINDS Jacob Javits Award (R37) for the proposal, “Immune-suppressive Myeloid Cells in the Glioma Microenvironment: Signaling Mechanisms and Therapeutic Strategies.” In 2018, Dr Castro Received the “Basic Science Award” and in 2019, The Rogel Cancer Center Inaugural Scholars Award from the University of Michigan Medical School. Dr Castro is the current Chair of the NIH Clinical Neuroimmunology and Brain Tumors Study Section (CNBT).

Dr Castro’s research focuses on epigenetic regulation of cancer progression, uncovering the role of oncometabolites in the TME. Her program aims to develop immunotherapies for brain cancer, leading to clinical implementation. Her work led to an FDA approved gene-therapy Phase 1 clinical trial for primary GBM, which has recently completed patients’ accrual.