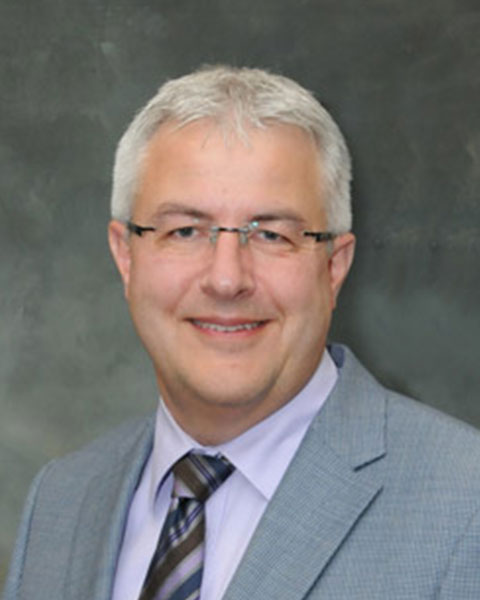 Bernd Meibohm, Ph.D. is a Professor of Pharmaceutical Sciences and Associate Dean for Research and Graduate Programs at the College of Pharmacy, The University of Tennessee Health Science Center, Memphis, Tennessee. He received his B.S. in pharmacy and Ph.D. in pharmaceutics from Technical University Carolo-Wilhelmina, Braunschweig, Germany. After completion of a clinical pharmacology research fellowship at the University of Florida in 1997, he joined the faculty of the University of South Carolina, and in 1999 the University of Tennessee.
Dr. Meibohm’s scientific interests include pulmonary infectious and inflammatory diseases, pediatric pharmacotherapy and the application of quantitative modeling and simulation techniques in preclinical and clinical drug development, with specific focus on therapeutic proteins. His research work has attracted more than $16 million in extramural funding as principal and co-investigator and has resulted in over 160 scientific papers and book chapters (h-index 43), three textbooks, 170 abstracts, and over 170 invited scientific presentations to national and international audiences.
Dr. Meibohm is a Fellow of the AAPS and the American College of Clinical Pharmacology (ACCP). He was the President for the American College of Clinical Pharmacology (ACCP) 2014-2016, and currently serves as Member-at-Large on the Board of Directors of AAPS.